Film is in development.

“Based on the Epic Journey of Howard Baskerville’s mission to Persia and the discovery of the Garden of Eden. Story/adventure/tragedy in the tradition of Lawrence of Arabia with flavors of Indiana Jones and Brave Heart. 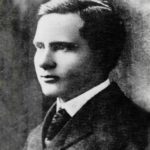 “In Search of Heaven” chronicles the true-life story of an American missionary, HOWARD BASKERVILLE, who went to Iran in 1907 and inspired a rise of the people against their corrupt government and Russian. He follows his heart over reason and logic to preserve a cause that is not his duty from birth. When the city where Memorial school was located was under siege by Russian and no food or water could reach in, and all were dying out of hunger, he left the church and the school and to help the starving people. He ate grass with them, lived as they did and in secret he trains his wealthy high-school students, in the mountain, without their partents knowllege, and creates an army of freedom fighters to defend the Iranian people against a Russian invasion and bring food for starving under siege people. This becomes a turning point in the history of Iran, especially when he decides to sacrifice his life to awaken his only 40 young students, teaching them to stand and defend there town against the Russian army.

It is a journey of love and sacrifice, and one man’s ability to embrace people from an unknown culture and religion without judging them for their differences. It is a story of human interest and a powerful testimony of one man’s determined faith and dedication to a people he did not know, to a world he had just discovered and a life he gave completely to the cause of Iranian freedom. In short, it is a mystical voyage about a simple young man who battles, not only over his soul, but for the freedom of a nation during an era of Russian oppression upon Iranian people; An Iranian Lawrence of Arabia.

There are no reviews yet.

Be the first to review “In Search Of Heaven” Cancel reply