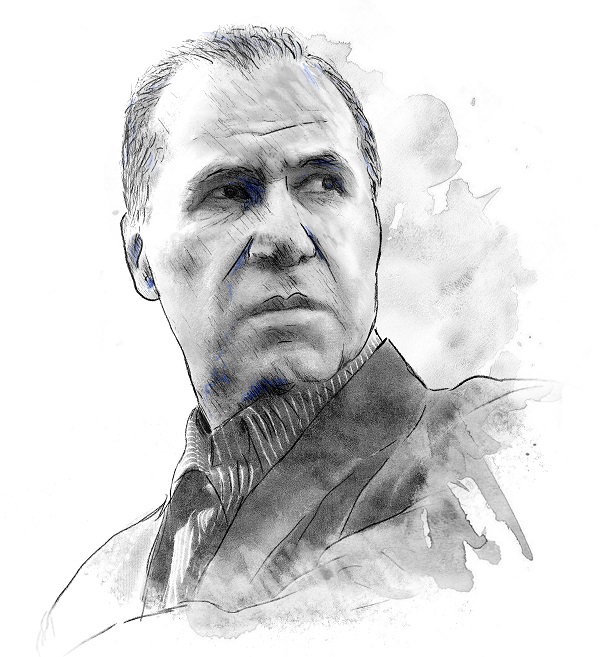 Ata Servati – a male celebrity – born on Monday May 26th 1952, in Tehran, Iran,. He left just before the height of 1979 the Revolution when he was on the top of his craft.

This current state of affairs has thrust Ata Servati into the
International media spotlight, especially after the release of his novel
in 2006 entitled “In Search of Heaven.” Mr. Servati is a noted
spiritual poet, prize winning playwright, actor, producer, director and
the World Peace Award Honoree.

After releasing his novel“In Search of Heaven” in 2006 worldwide, there were over 2000 articles written about him, being in 15 major TV interviews, and over 100 radio interviews, worldwide without having a publicist. And just when he was about to strike a deal for his novel “In Search Of Heaven” with Major Hollywood studio, with academy award winner  producer and Academy award winning director being attached to the project, with Ata star and produce the picture, Ata’s life took a drastic change. He was set up by a few crooked individuals in a real estate scam, and simultaneously went through a horrible divorce. He went from being wealthy, established, living in nine-bedroom luxury house, to homeless living in his car. He had to pull away from the film to save the rights to the novel. Within 45 days he was living with homeless friends and typed two Novels, “TAR” and “In Search of Love.”
Known and being a spiritual soul Ata had seen the problem coming way before, he had documented many things he dreamt about. But whatever he sees he cannot stop it from manifesting, and he knew he had to go through the experience. Soon Ata reminded himself what he was meant to do and the path he was meant to go down. He took his homelessness as a twisted beautiful gift from God and rediscovered himself into happiness. Shortly after he compiled a spiritual book of poetry entitled, “I Am A Lotus,” which brought tears to many including Oprah Winfrey.
This brought him the honoree Spiritual Philosophical poet.
Most importantly he has become a voice with a huge mission to spread the actions of love and peace throughout the globe and bring people together as one. As the founder of, “THE LOTUS LIGHT CHILDREN CHARITY (TLLCC),”and “LOVE INTERNATIONAL FILM FESTIVAL (LIFF),” and through his multiple writings he is making this dream come to light. Because of his work on prompting peace and love in 2017, at his own LIFF film festival award night they surprised him by giving him the World Peace Award.
During last several years he has just been writing and setting plans to re-launch himself back into the film and film making, which is where his heart has been all along. He formed a new production company, Enlightenment Entertainment. With several books and media projects in production.

Through Enlightenment Entertainment Ata has five projects in development as follow, “BABA” “In Search Of Heaven”, “CellFish” “CellFish 2- The Final Game.” “Dream On Empty.” He has also recently published his novel “In Search of Heaven” and a book of spiritual poetry from the heart, “I Am A Lotus”. His new novels “Baba”, “In Search Of Love” and a three-part compilation “The Shrine”, “Married To The Well”, The Silent Begga.